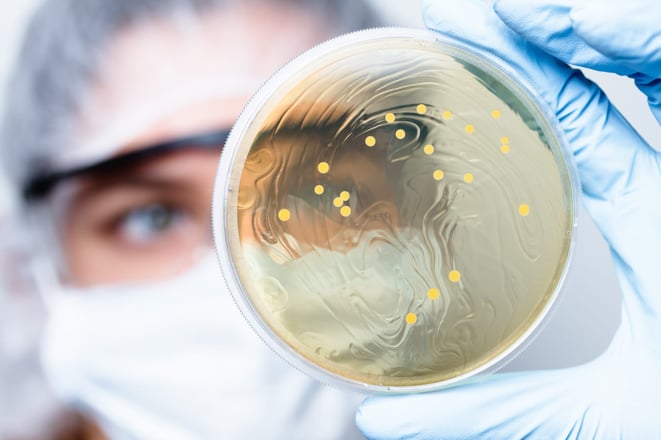 Why the "Nightmare" Bacteria is a Threat

One, particularly concerning type of antibiotic-resistant bacteria, is called carbapenem-resistant Enterobacteriaceae, or CRE, which has been dubbed "nightmare" bacteria. These bacteria are not only resistant to many antibiotics but are also highly lethal, killing up to 50 percent of infected patients, according to the CDC. (Live Science)

More than 200 rare antibiotic-resistant genes were found in "nightmare" bacteria tested in 2017, according to a Vital Signs report released by CDC. (CNN)

Dr. Anne Schuchat, principal deputy director of the CDC, had this to say while at a conference in April, "We are working to get in front of them before they do become common. We have data showing an aggressive approach works to halt the spread of these new threats.”

ARLN tested more than 5,700 samples of highly resistant bacteria in 2017, including CRE, from hospitals, nursing homes and other healthcare facilities around the United States. Of the 1,400 CRE-positive samples tested, 221 samples (15%) had new or unusual types of antibiotic resistance, the report said. (Live Science)

"I was surprised by the numbers" of bacteria with unusual antibiotic resistance,” Schuchat said. "This was more than I was expecting."

Dr. Amesh Adalja, a senior scholar at the John Hopkins University Center for Health Security, told Scientific American that the “unusual” genes discussed in the CDC report were truly the “worst of the worst.”

“There are certain bacterial genes that are more worrisome than others, that are much harder to treat,” Adalja said. “These genes are lurking in American patients and they are spreading in hospitals and healthcare facilities.” (Fox News)

“Even in remote areas” this threat is real because patients often transfer to and from other places for care, said Dr. Jay Butler, the chief medical officer for the state of Alaska and past president of the Association of State and Territorial Health Officials. (New York Post)

"Once antibiotic resistance spreads, it is harder to control — like a wildfire," the CDC said in a report. It's crucial to stop these superbugs from spreading as early as possible, and with aggressive measures. (Business Insider)

Reduce the Spread of Infection with an Effective Containment Barrier System

The CDC estimates show that even if only 20% effective, a containment strategy can reduce the number of nightmare bacteria cases by 76% over three years in one area. (CNN)
Dr. Arjun Srinivasan of the CDC's Division of Healthcare Quality Promotion, had this to say about implementing a containment strategy, "No provider has to go it alone. Working with hospital and state infection control teams, the spread of a rare infection can be stopped.”

He continued to press the urgency of continued effort in reducing the spread of antibiotic resistance, “It's not a one and done deal. Health officials need to keep at it, until the spread of a potentially deadly infection is controlled,” he said. (CNN)

Dr. Anne Schuchat also urged for the awareness that reducing the spread is an ongoing fight, as well as the importance of a rapid implementation of a containment and reduction strategy, “We need to do more, and we need to do it faster and earlier with each new antibiotic-resistance threat.”